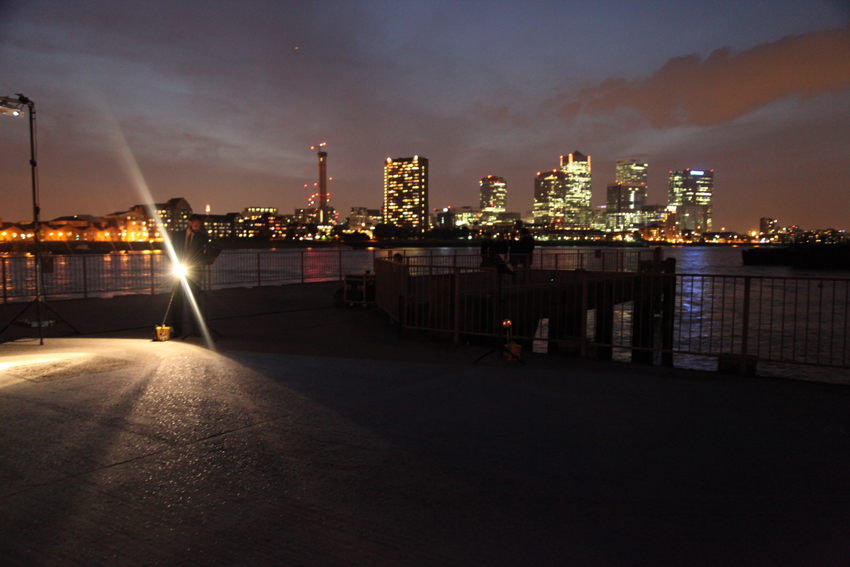 Each artist was asked to bring a thought, a word, an object or an image for informal discussion in response to the following proposals:

1. an understanding of temporality which only deals with regulated clock time is limited: our lived experience of temporality is fluid, multidimensional, occult, expansive, and emotional

2. art can liberate us from conventional temporality –  offer us an altered ‘time base’ a new ‘frame rate’ or a different ‘exposure’

3. time is political and the value of the meantime is a matter of life and death

4. we can listen with intent, concentrate and allow our habitual modes of embodied and psychic temporal perception to slip

5. traces remaining in the physical landscape enable us to cross boundaries and ‘travel’ in time

Some further thoughts about time and art:

Time travel is probably impossible… We all live within the space-time continuum and know that though time is relative …moving forward, scientifically speaking, to go back would entail warp speed propulsion,  impossible accelerations, faster than the speed of light.

But what about our embodied, perceptual experience of being alive? are all our encounters rational? scientifically coherent?

And what speed do we live by?

I would suggest that our extra-ordinary, super-normal, physical human experience of living in time is strange enough.. to remember, to imagine.. to be in our haunted flesh and bones. We look by looking backwards as time travels through us, propelling us into the future. As physical and metaphysical phenomenon, ‘seeing’ is strange, uncanny, magical..

Philosopher Merleau-Ponty tells us that artists practice ‘a magical theory of vision’:

‘..The painter lives in fascination… those gestures, those tracings … which will be revelations to others … seem to emanate from the things themselves, like figures emanating from constellations.’  *

Some ‘art’ that manifests when we mess with time looks ghostly, spectral, other worldly. These manifestations look like ghosts because they are ghosts: presences that have travelled here from another dimension: indexes of moments past, they retrace themselves in our consciousness in another register of temporality from the one we habitually live by in the tick tock buzz of everyday existence.

Artists practice sorcery because they ‘mess with time’ creating affective encounters with other times: intensifying awareness of the body rhythms and  haunted selves: rhythms not habitually available as we navigate surface reality, first, second and third sight, time expanded like an altered state. Artists ‘messing with time’, add their bodies, draw their bodies, paint with, perform and film their bodies, offering a disorderly experience beyond the frames that scientifically persist in vision.. creating an index of presence, an index of movement that slips and slides and and emerges into consciousness

Exploring the elastic temporality raises questions about how we live in time, how we pass the precious hours and days of our life with ordered capitalist clock-time.

Time is strange, spiritual and ‘political’. Consider a recent statistic – the difference of at least, 9 years of life expectancy between the richest and poorest areas of London. That is 3,285 days of blue skies, good times, working or daydreaming… that just won’t be there.

The meantime then, is a matter of life or death..  as an artist I am haunted by the ghosts of those already passed over whose time was waste.. liberation is essential. Time travel is essential

Anne Robinson, curator of Over Time, 2014